Dynamic Cultures and the African Child by Essa Bah 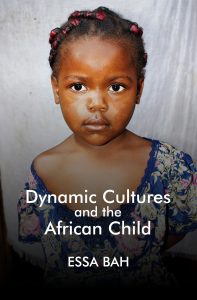 Dynamic Cultures and the African Child depicts the pain, suffering, punishment and trauma that African girls experience when they are circumcised by their mothers, aunties and grandmothers. Sometimes they are taken to a very isolated area or forest, where they are kept for more than three weeks. The author tries to trace the civilised culture and tradition of Africa before the colonial era, during and after colonialism, and how African countries lived and were united before colonialism. He also elaborates on how women and children suffered and are abused during the period of war and after and how some women are maltreated in their matrimonial homes by their husbands, and the difficulties they encounter. The author’s concerns are the unity and development of Africa, which is one of the wealthiest continents in resources, but the poorest in living and earning.