Max the Cat by Nana Grey-Johnson 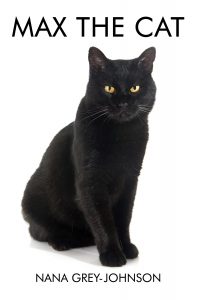 Our alliance with Suba Kunda Publishing gave us the opportunity to edit this terrific book and put it on Amazon.

Max, the son of a district officer, returns to his provincial home town after qualifying as a teacher. However, Max returns under a cloud. His father is unhappy with reports of Max’s radical political activities at college. This sets the tone of a one-sided relationship: while the son loves his father and holds him in the highest regard, the ambitious old politician plots for Max’s removal, by fair means or foul.The young man’s crusade against official corruption does not sit well with some of the skeletons that his father would rather keep hidden to maintain his privilege and protect his friends.Between these two men is a woman – a loving stepmother, and faithful wife – who tries to reconcile her stepson and her husband. With quiet faith and patience, she lives with the great irony in their differences arising from the son’s firm belief in the moral principles that his father taught him, while her husband’s faith in his early teachings has been eroded by complacency and compromise after years in office.Father and son are set on a collision course. Behind the scenes in this struggle, the spirits of their ancestors are at work. The interplay is quite thrilling, as African folklore, religion and contemporary politics mix dramatically in this book to determine if good triumphs over evil.